We are looking forward to hearing from you!

Contact us by phone or e-mail to set up your free consultation. A list of our no-appointment consultation visits can be found here.

Watch our new video to learn more about Marszalek & Marszalek and how we can help you with your legal needs.

The Legal Team at Marszalek & Marszalek

Our lawyers bring a wealth of practical work experience to solve any injury case. Read our profiles below to get to know us better.

Since graduating law school in 1976, Mr. Marszalek has represented injured workers throughout the state of Illinois. Having been a union member and walked picket lines for several years before becoming a lawyer, Mr. Marszalek is very familiar with the problems associated with a workers' compensation claim being fought by a "difficult" employer. He has prosecuted workers' compensation cases for injured workers throughout the state of Illinois before the Illinois Workers' Compensation Commission on arbitration and review, before the Circuit Courts throughout Illinois, the Illinois Appellate Cout, and even the Illinois Supreme Court.

John Marszalek was born in Chicago in 1951. He was raised in Chicago and attended Law School in Chicago and graduated in 1976. He practiced continuously in Chicago from 1976 to present and has tried over 70 cases to verdict in Illinois in the following counties: Cook, Du Page, Kane, Will, Lake, Vermillion and Jackson. Feel free to visit John Marszalek's personal website at: www.kidneyfailing.com

Hourly Rate: All cases are handled on a contingency basis. No attorney’s fees  are assessed unless a recovery is made. 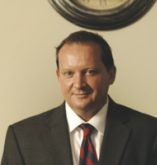 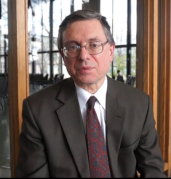 Philip Farina has obtained million dollar plus recoveries for clients in negligence, defective products, medical malpractice and work related accident cases. He has also been selected by his peers as a Leading Lawyer and a Super Lawyer in Illinois.

Hourly Rate: All cases are handled on a contingency basis. No attorney's fees will be assessed unless a recovery is made.